This Gentleman called me at 11:30 Pm desperate to find a trailer repair shop near Jacksonville St Augustine area. 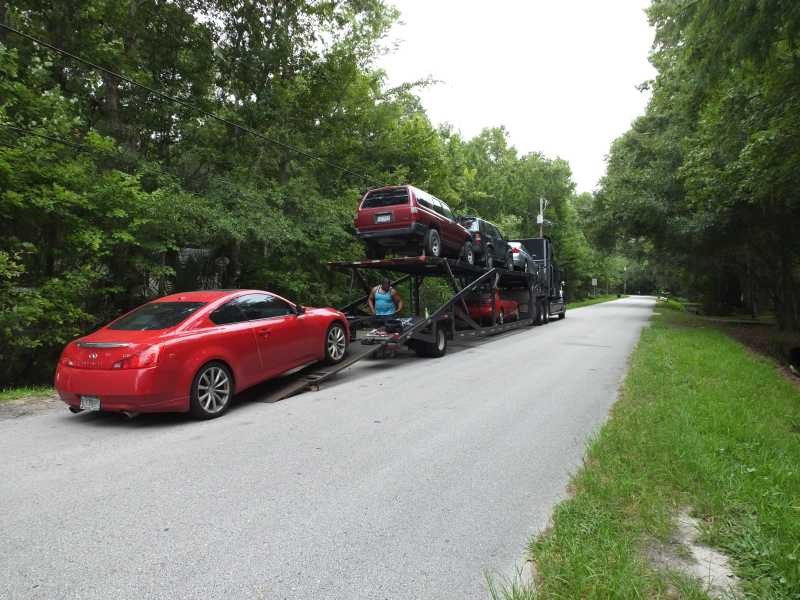 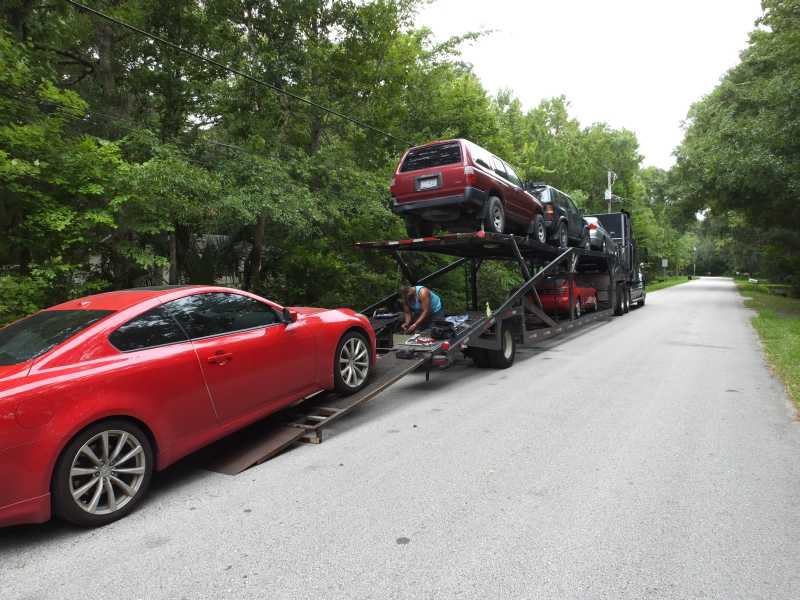 He made an appointment for 8 AM so he would be first in line, get fixed, get unloaded, get paid and run off for another load. Got to keep that cash flow flowing. 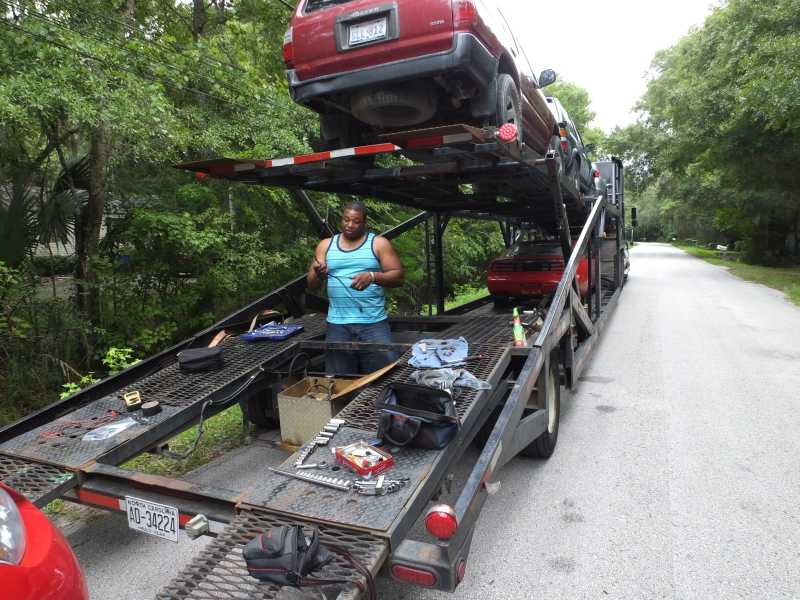 It didn't take me long to track his problem down to electrical. Within 15 minutes I had pin pointed his malfunction down and knew exactly what the problem was. 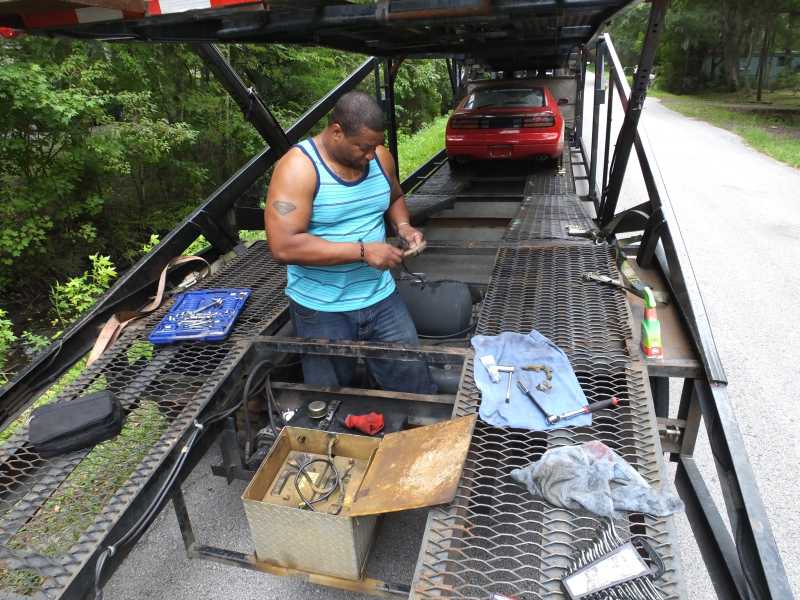 So this truck driver/owner brought his trailer to After Hours Trailer Repair so I could repair his faulty wiring. 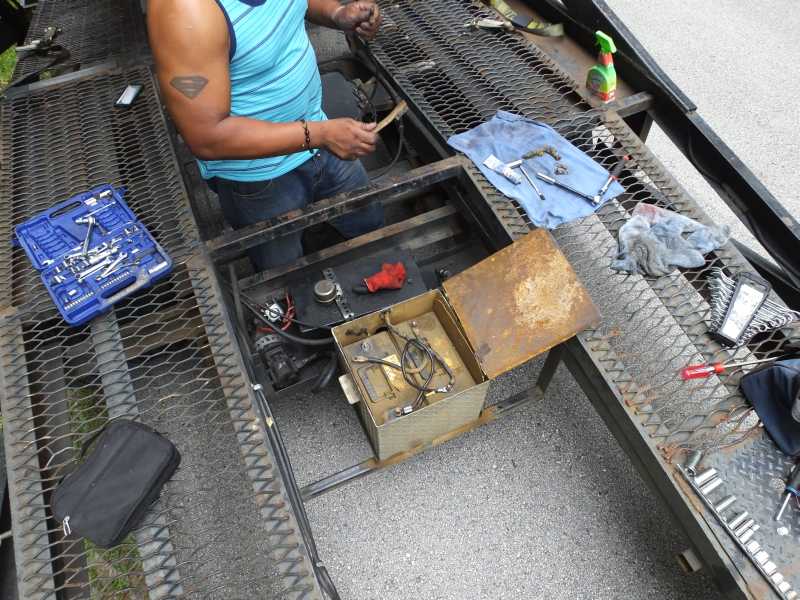 So while I'm repairing his electrical wiring problem on his tractor trailer, I'm explaining to him what I'm doing, why I'm doing it and how that resolves the problem and creates the wiring repair on his car hauler trailer. 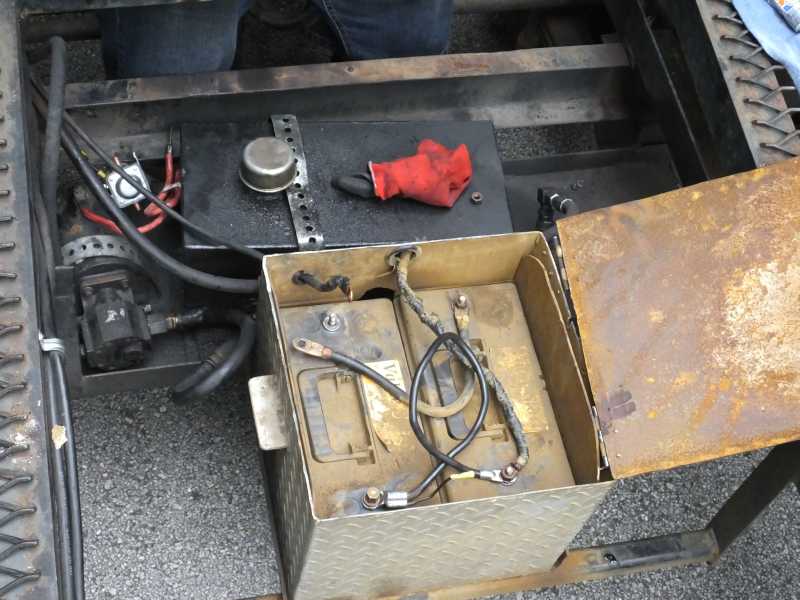 This guy was all about learning, so he would know how to fix it himself next time. It was his truck and trailer and his lost income when it sat still.

So you can understand his motivation to be able to prevent this problem from happening again someday. And this was not his only truck.

What he could learn here he could use on his other truck when it needed repair. 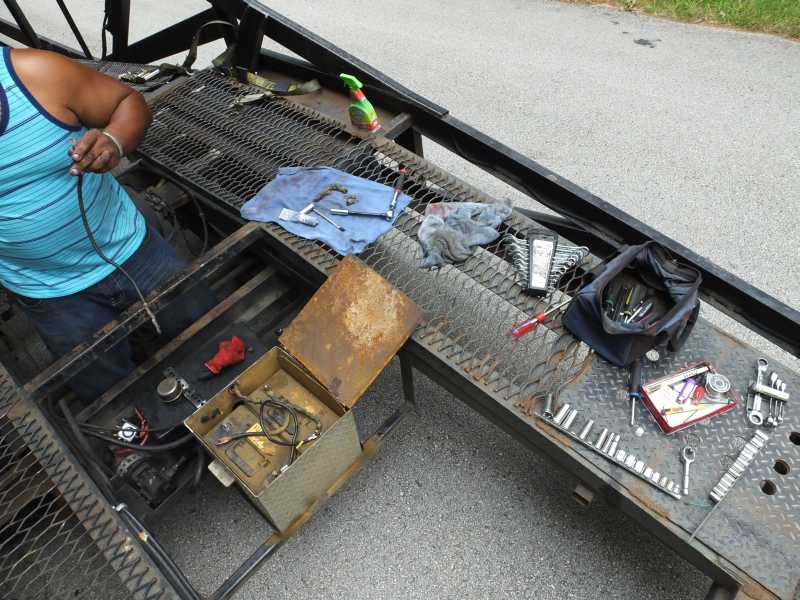 He paid attention really well and learned everything I had to teach him about his wiring issues. He was motivated and it definitely showed. He got a A+ in class on this day. 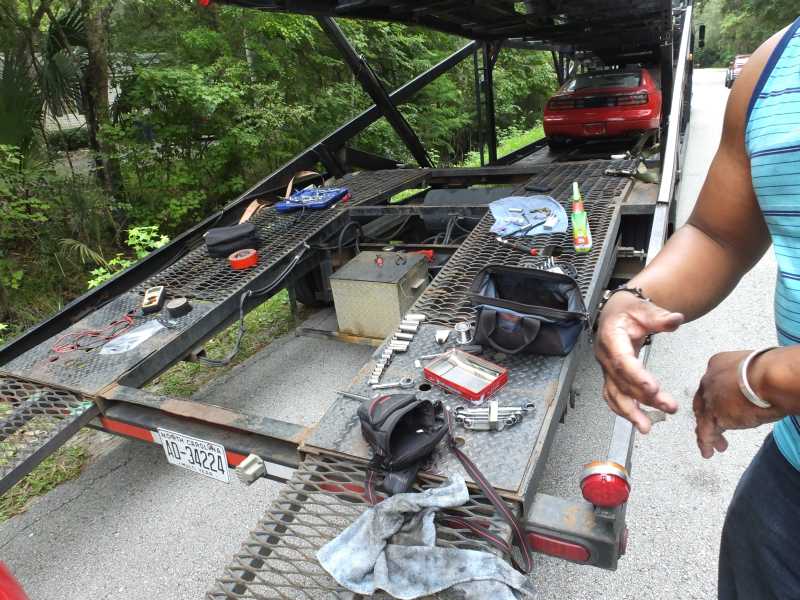 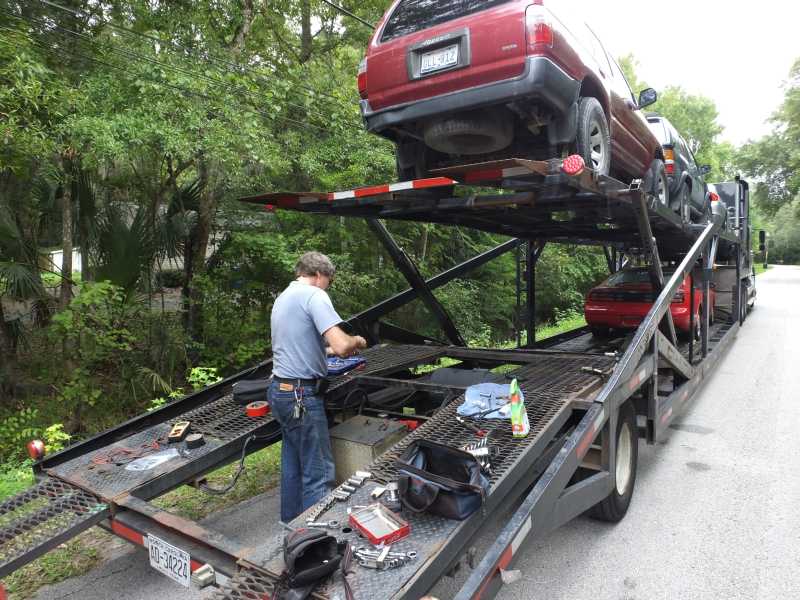 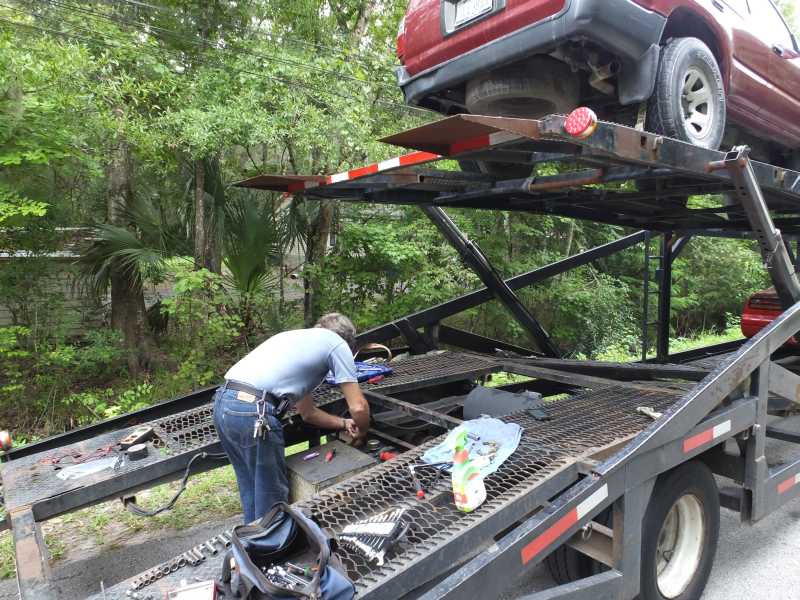 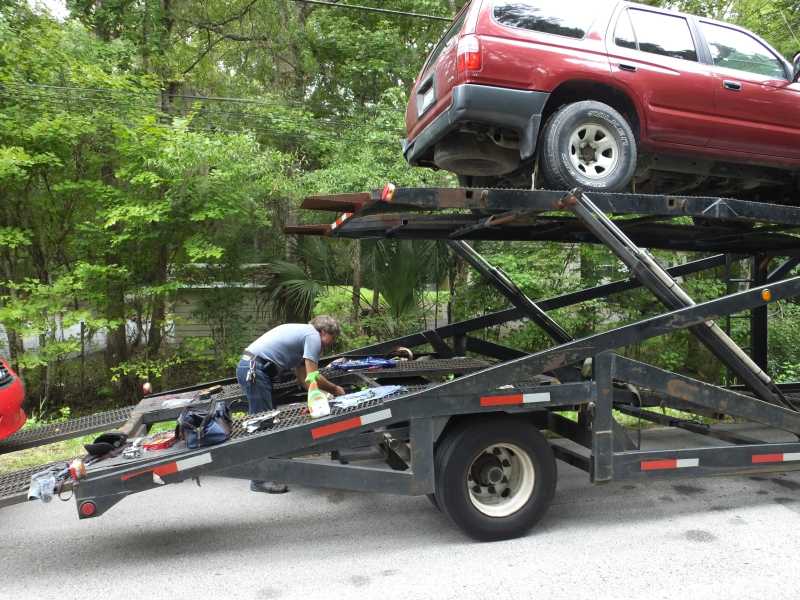 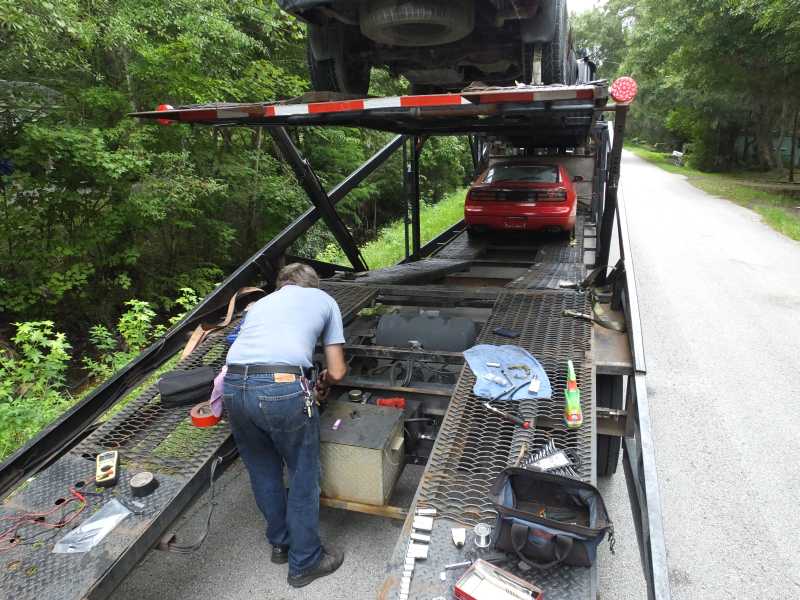 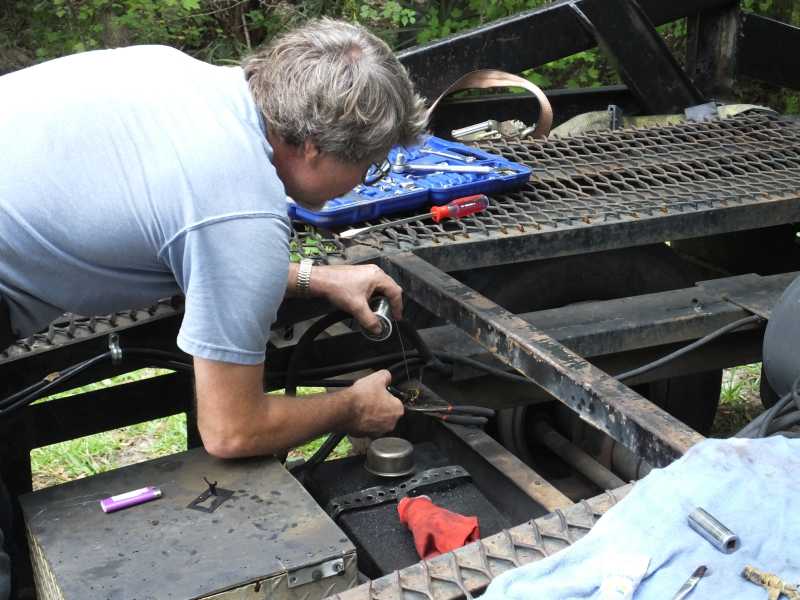 Among his other wiring problems, some of his connections were so corroded I had to solder them back onto the lugs to get great electrical connections again. 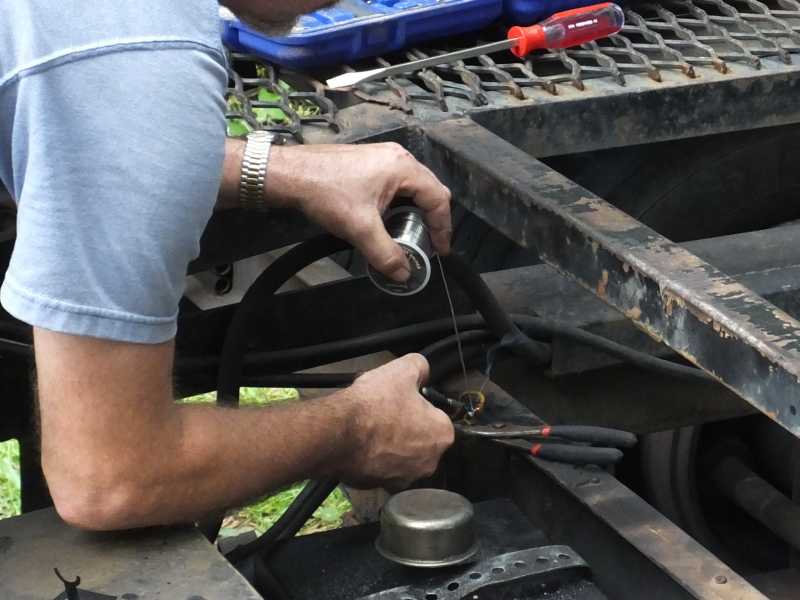 Other repair shops use cheap undependable crimp on connections. I only solder them for permanent life long dependable connections that never corrode and never loose continuity again. 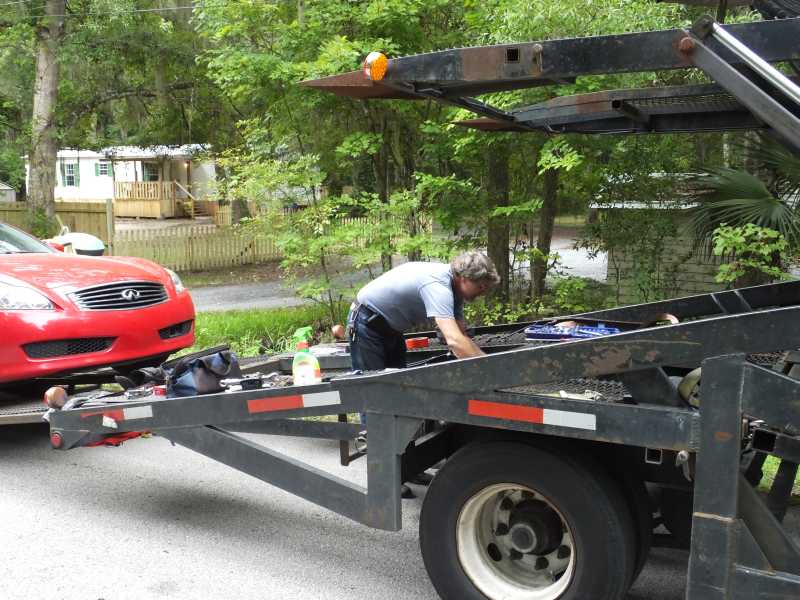 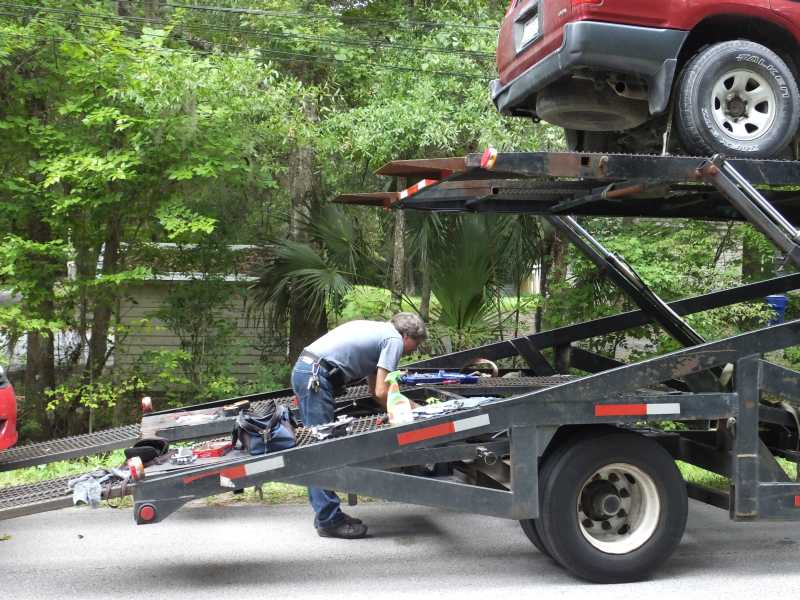 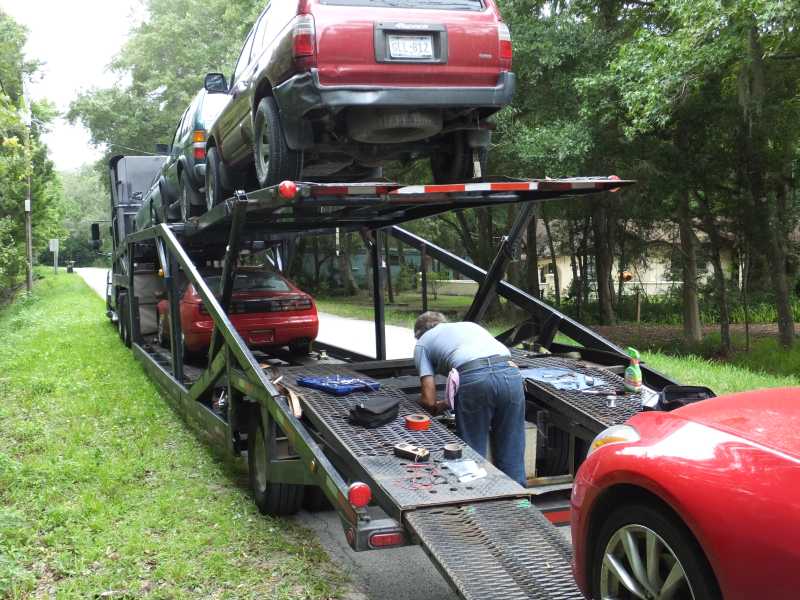 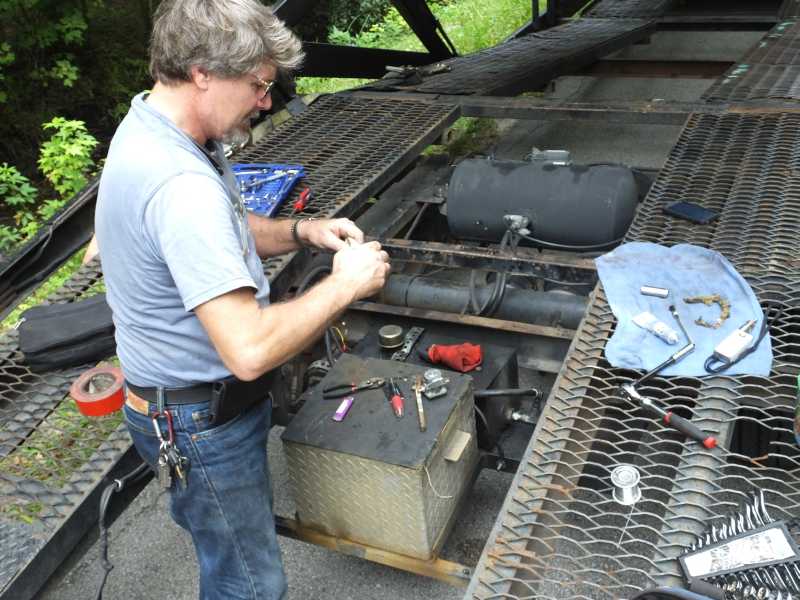 Because dependability and continuous cash flow was so important to him, along with repairing the problems that prevented his decks from elevating, I rewired his whole deck system with brand new connections on everything to insure it would operate flawlessly for another 15 years.

In this case, preventive maintenance was as important as today's wiring repair on this tractor trailer car hauler in St Augustine Jacksonville, St Johns County. 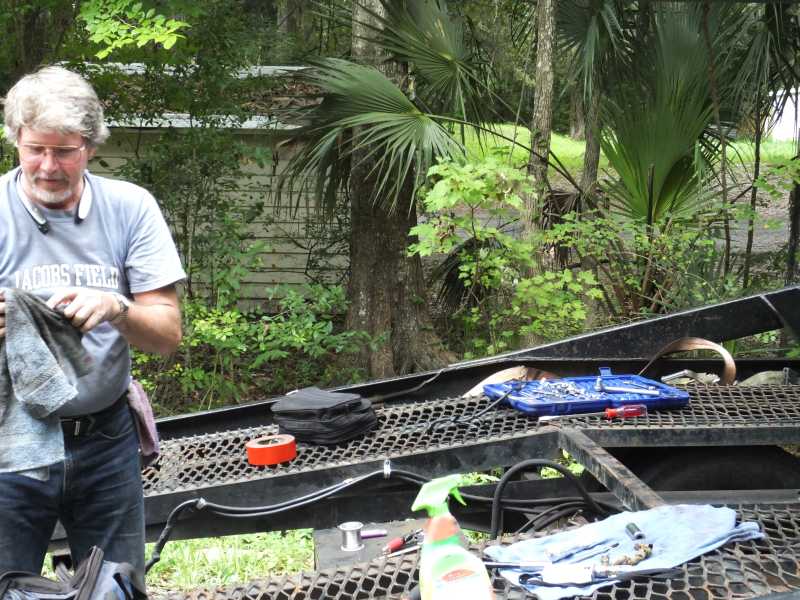 Fix it and make sure it stays fixed is my motto. It's simple. I'm too lazy to do it twice, so do it right the first time. 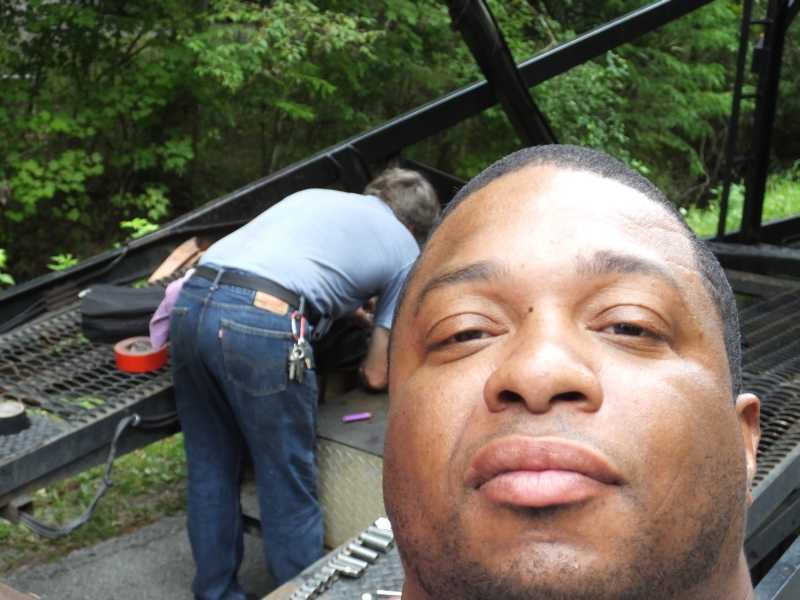 This is Big Game James as I call him. He was so happy to have this hydraulic decks lifting and lowering again. Really he was. This is his happy face. I would hate to see him pissed. 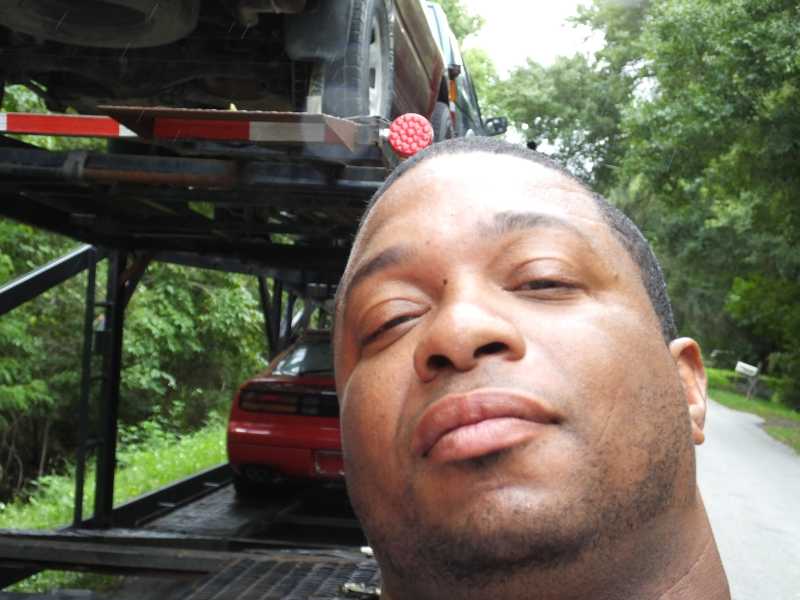 It doesn't matter what's broke, what's malfunctioning, what's stubborn. I can fix anything and everything on a trailer. On any kind of trailer.

If the space shuttle could haul a trailer to the moon, I could fix that trailer. I think...

If your needs are structural and not electrical, then you may want to check out our page where we rebuild a rotten frame on this car hauler. 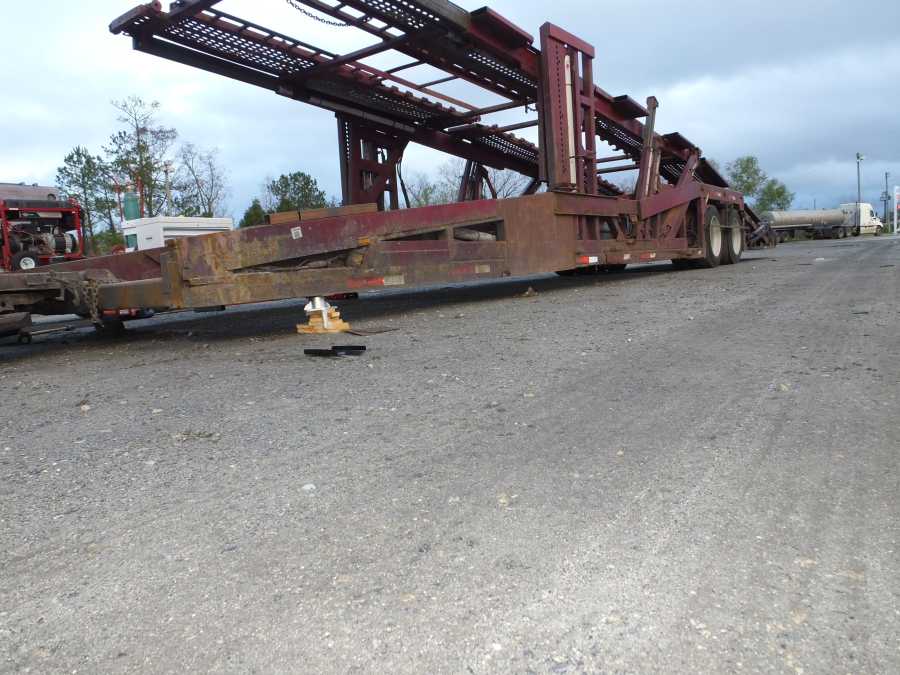 01 Before pictures of the damage.